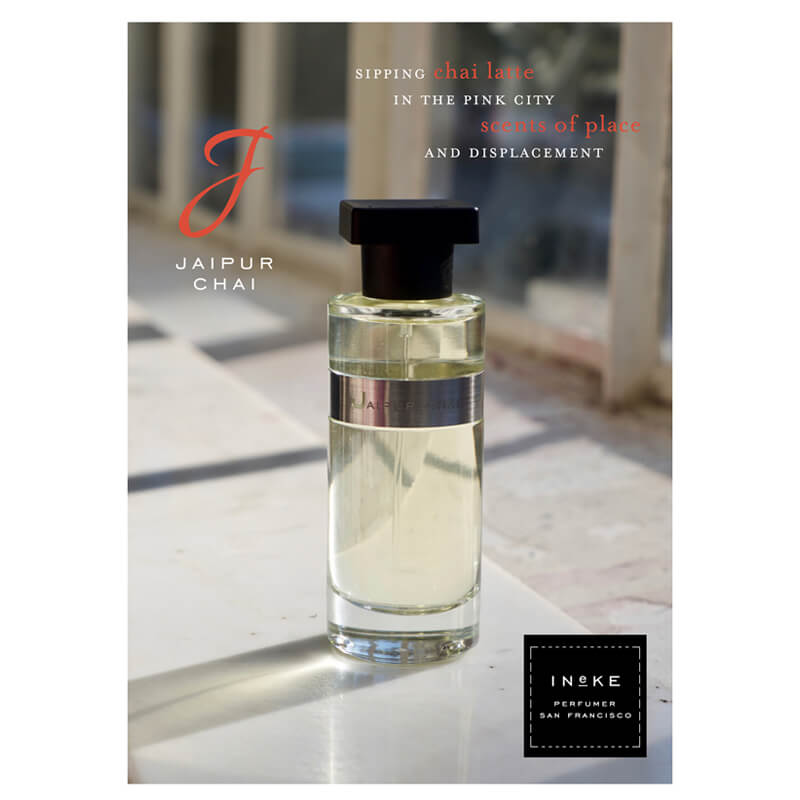 Ineke Rühland is a classically-trained perfumer creating original fragrances in her independent studio in San Francisco. Born and educated in Canada, she moved to Europe for a career in the fragrance industry. After working in the Netherlands, England and France, she found herself passionately drawn to the creative role of the professional “nose”.

In 1996, she began her formal perfumery studies at ISIPCA in Versailles, France, the only university-level perfumery school in the world, then she consolidated her study of traditional techniques with sojourns to Grasse. Following three years of apprenticeship at a fragrance house in Paris, Ineke moved to San Francisco to blend her perfumery skills with her love of design, literature and the arts in the creation of her perfume “stories”.