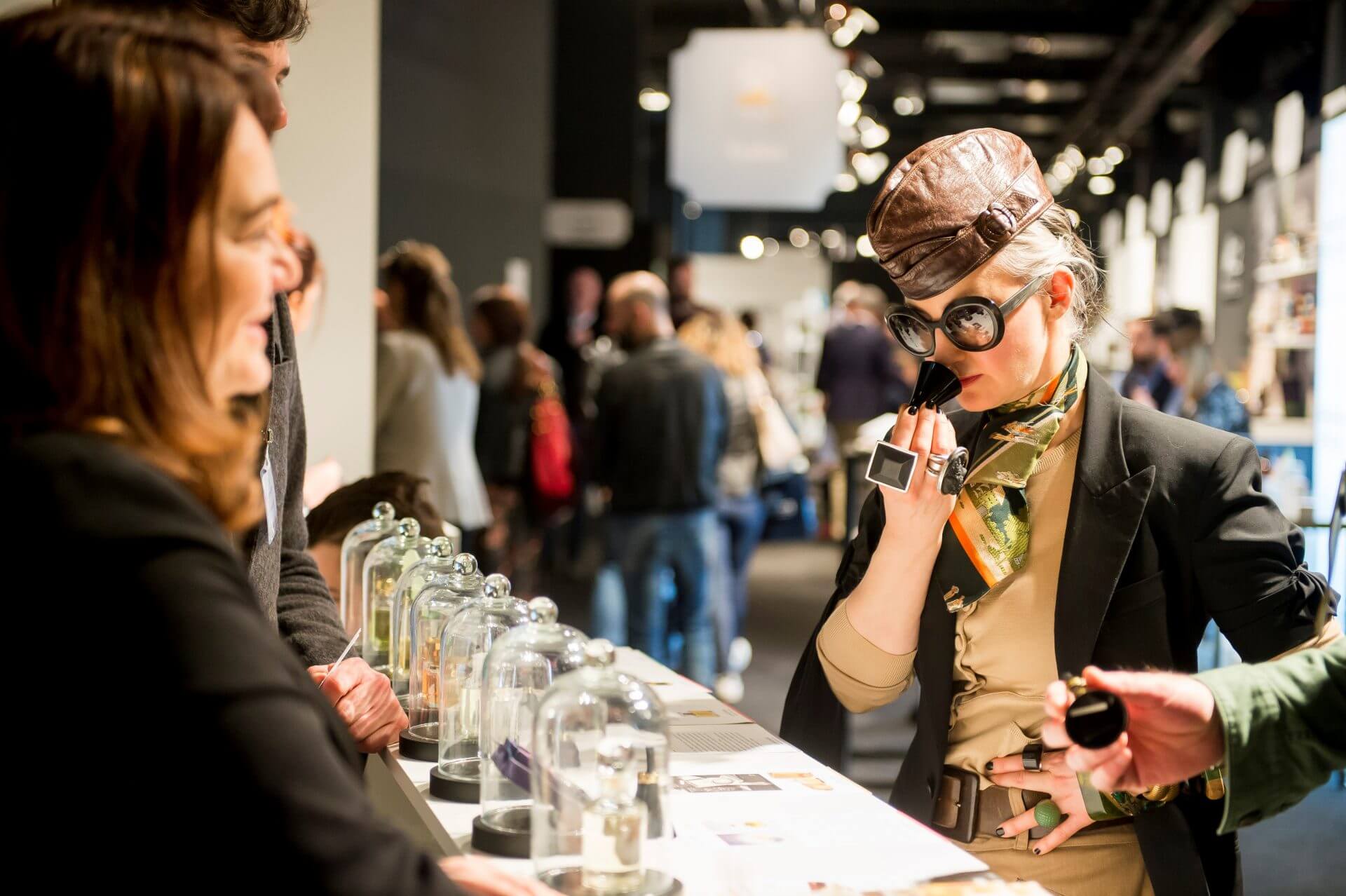 09 Jul From close up, no-one is normal

“If two people who have been strangers, as all of us are, suddenly let the wall between them break down, and feel close, feel one, this moment of oneness is one of the most exhilarating, most exciting experiences in life.” (Erich Fromm)

Every culture has rules that establish an order in society. An order that is also sensory. Breaking those rules triggers a break in the system itself. The solution is often to separate out everything that does not fall within the norm, to detach otherness.

Smell is a powerful marker of identity. Our sense of smell induces us to distinguish between the categories of pleasant and unpleasant, of known and unknown, and triggers processes of detachment or of approach. Our sense of smell helps us in the process of acquiring knowledge and getting to know people and consolidates our sense of belonging to a group, while at the same time establishing borders between us and what we perceive to be different, setting boundaries and justifying our refusal of otherness: a smell can become a tool for classifying otherness. An odour that we perceive to be unpleasant is already in itself a politically oriented category and is considered to be a clear sign of physical and spiritual uncleanliness, of barbarism and inferiority. Colonial literature is full of examples of olfactory racism towards the peoples of Africa. “The lion devours the Hottentot more willingly than the European, because the former has a stronger odour… so seems to him to be a more appetising prey”, wrote Virey in 1806. In Japan, the expression bata kusai, which can be translated as “smelling of butter”, refers to Westerners who pay scanty attention to their personal hygiene and tend to consume fatty foods. Bata kusai identifies those Japanese who have lived abroad and lost touch with their traditions: it is also used to indicate Western habits, over and above their olfactory connotations.

It is always the other person who smells bad, but every one of us is the other person for someone. The good smell/bad smell dichotomy is at the root of our social classifications. Those who believe they are the rightful owner of the ‘correct’ smell elect themselves to be the chosen model of culture and civilisation and consider the smell of all others to be savage, animal and so potentially harmful to the social order. Those who think they are in the right establish forms of control of others: in this case, segregation and integration are two sides of the same coin. The means is removing those who “stink”: foreigners, the poor, those who do not integrate and fit in with the social fabric are often considered to smell bad and often live in the marginal areas of cities, where they are kept at arm’s length. The other side of that coin is integration, of the others and their smells. Does that mean integration or deodorising? If we deprive an individual of his own odour, we eliminate his diversity and so also the element that makes him dangerous. Alain Corbin talks about the “sociological distribution of smells” in his Le miasme et la jonquille, painting an exhaustive picture of the social history of smells in the eighteenth and nineteenth centuries and dwelling in particular on society’s obsession in those days with the miasmas of the city, with the terror that putrid air would spread epidemics and with the spasmodic quest to deodorise the world. The bourgeoisie took refuge in its isolation and promoted propaganda campaigns to encourage cleanliness and hygiene: to be clean was to be healthy and pure. Deodorising was civilising. Deodorising meant eliminating identity and the accompanying threat, in such terrifying places as lunatic asylums. Washing and disinfecting was a way to wash away the individual’s personality, also in olfactory terms.

This picture describes a Utopian need for normality, for order. We seek to safeguard a golden age that never actually existed, without understanding that what makes us human is the very fact that we are open to the world and to its continuous transformation. Man is, by virtue of his birth, a creature with defects and shortcomings: the only creature in the animal kingdom with no specialisation. And this very lack of definition is his strength. Our lack of specialisation has mutated into adaptability, enabling us to colonise practically the entire globe. Our freedom has mutated into ingenuity: wherever nature has left a void, we have created culture.

Dwelling on aspects of the body and our senses, experiencing the world, educating our senses and training ourselves to perceive with them instead of merely to observe, helps us remember that for every border there is an opportunity.

We need to explore, starting from ourselves, to understand how our body expresses ‘our way of being in the world’: we need to alert our senses, be ready to take the plunge into different modes of reality, be involved and be open to the world.

We need to sniff, to taste, to hear and to touch: we need to observe each other from a closer vantage point, and realise that, when seen close-up, no-one is normal.

When the purpose of technology is not to escape reality, but to plunge deep into it, observing mutates into feeling, into empathy.

is a virtual reality experience devised by Alejandro G. Iñárritu. The first movie production in VR, it won the Oscar Special Achievement Award. The project confuses the subject with the observer, inducing them to relive a short, shocking stretch of a journey undertake by a group of refugees.

By Beatrice Balzarotti – master’s degree in Anthropology & Ethnology. She studies the forms of communication in their cultural framework, with a sensorial and emotional perspective.